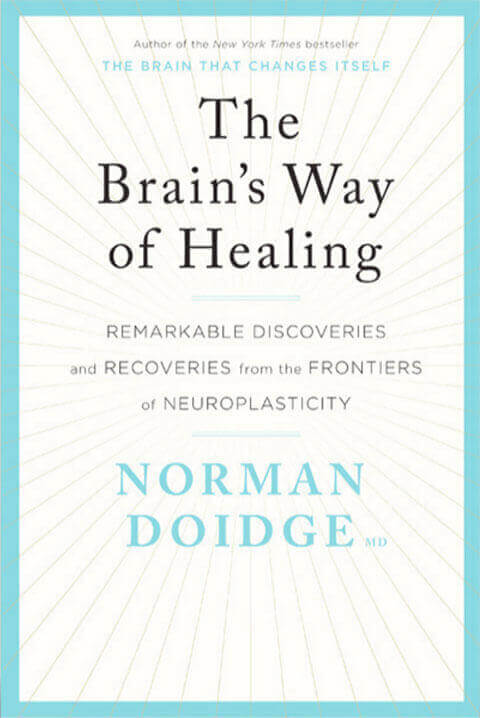 The Brain’s Way of Healing

“Brilliant and highly original. Neurology used to be considered a depressing discipline with patients often displaying fascinating but essentially untreatable symptoms and disabilities. Drawing on the last three decades of research, Doidge challenges this view, using vivid portraits of patients and their physicians. The book is a treasure-trove of the author’s own deep insights and a clear bright light of optimism shines through every page.”

V.S. Ramachandran M.D., Ph.D., Neurologist, Neuroscientist, and author of “The Tell-Tale Brain,” Director of the Center for Brain and Cognition, University of California, San Diego.

The Brain that Changes Itself

THE BRAIN CAN CHANGE ITSELF. It is a plastic, living organ that can actually change its own structure and function, even into old age. Arguably the most important breakthrough in neuroscience since scientists first sketched out the brain’s basic anatomy, this revolutionary discovery, called neuroplasticity, promises to overthrow the centuries-old notion that the brain is fixed and unchanging. The brain is not, as was thought, like a machine, or “hardwired” like a computer. Neuroplasticity not only gives hope to those with mental limitations, or what was thought to be incurable brain damage, but expands our understanding of the healthy brain and the resilience of human nature.

Norman Doidge, MD, a psychiatrist and researcher, set out to investigate neuroplasticity and met both the brilliant scientists championing it and the people whose lives they’ve transformed. The result is this book, a riveting collection of case histories detailing the astonishing progress of people whose conditions had long been dismissed as hopeless. We see a woman born with half a brain that rewired itself to work as a whole, a woman labeled retarded who cured her deficits with brain exercises and now cures those of others, blind people learning to see, learning disorders cured, IQs raised, aging brains rejuvenated, painful phantom limbs erased, stroke patients recovering their faculties, children with cerebral palsy learning to move more gracefully, entrenched depression and anxiety disappearing, and lifelong character traits altered. Doidge takes us into terrain that might seem fantastic.

We learn that our thoughts can switch our genes on and off, altering our brain anatomy. Scientists have developed machines that can follow these physical changes in order to read people’s thoughts, allowing the paralyzed to control computers and electronics just by thinking. We learn how people of average intelligence can, with brain exercises, improve their cognition and perception in order to become savant calculators, develop muscle strength, or learn to play a musical instrument, simply by imagining doing so. Using personal stories from the heart of this neuroplasticity revolution, Dr. Doidge explores the profound implications of the changing brain for understanding the mysteries of love, sexual attraction, taste, culture and education in an immensely moving, inspiring book that will permanently alter the way we look at human possibility and human nature. 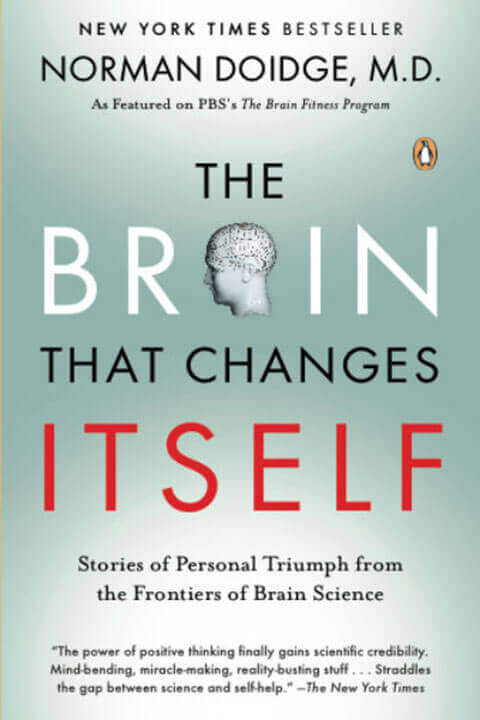